January 20, 2011
This is a profile I wrote on UFC Middleweight Champion, Anderson Silva, for Skinnie Magazine. The text of the article is printed below. 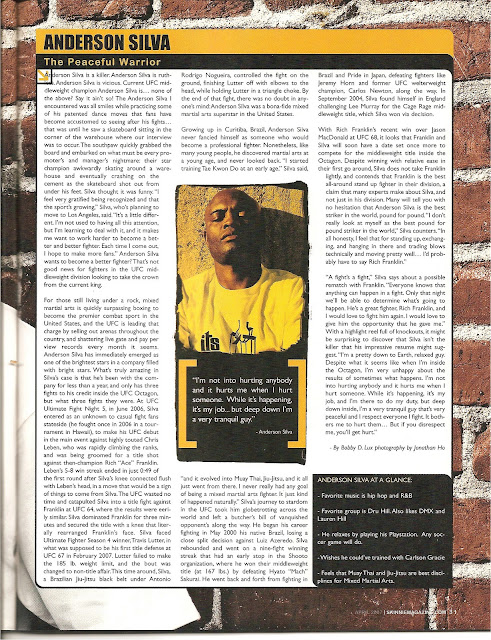 Anderson Silva At A Glance:
Favorite music is hip hop and R&B
Favorite group is Dru Hill, and also like DMX and Lauren Hill
He relaxes by playing his Playstation. Any soccer game will do.
Wishes he could’ve trained with Carlson Gracie
Feels that Muay Thai and Jiu-Jitsu are best disciplines for Mixed Martial Arts.
Anderson Silva article mma profile UFC