May 06, 2011
My film column that appeared in Malibu Magazine. In this one, I picked a few movies for the winter/holiday film season. Some of my early Oscar picks were right on, while there's one in there that stinks up the joint. 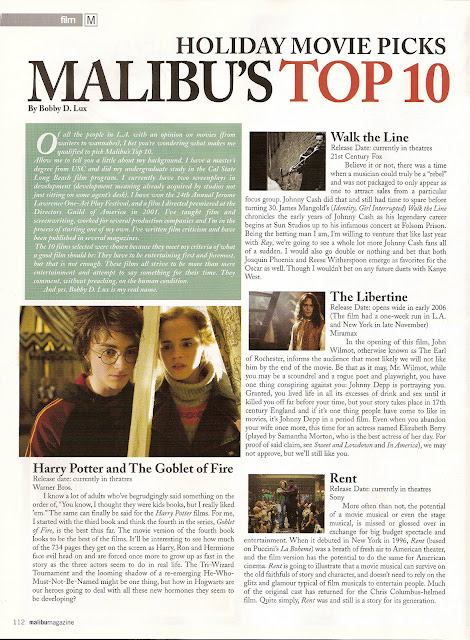 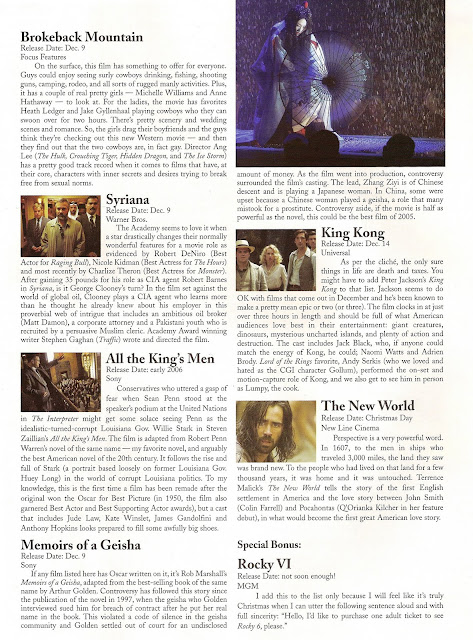