Showing posts from February, 2015
Show all

First One Star Rating? Ouch. But Wait a Second..... 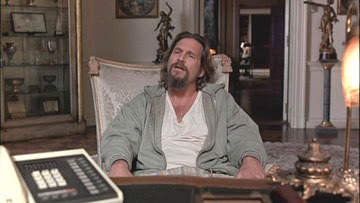 In my obsessive checking of Dog Duty's sales rank on Amazon, I crashed into my first one-star rating that the book received. Uno. Solo. Lonely. So alone. No dance partner. A universe can't survive with only one-star, right?
And it stung, but not as bad as I thought it would. It still sucks to see that, and that it's permanent, but you really have no control over how someone reacts to your work, so you have to just let it go.

The one-star review reads as follows:
"Not a well written book. Slow and boring. Had one whole chapter that every sentence being with "you". Could not finish it."
Not that I'm one to talk, but a twenty-two word review that leads with "Not a well written book" having a typo in it brought a smile to my face.
And that chapter in question? It's Chapter Four, which is "Speaking in the Second Dog (in the room)." And as we all know, when one (which in this case is our narrator) speaks in the second person, the wor…
Post a Comment
Read more
More posts